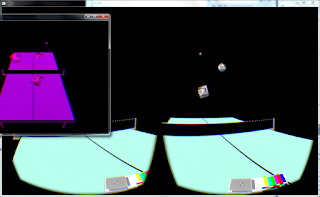 Since our last blog entry, we have spend a lot of time and effort into this project. The result speaks for itself. On the Oculus Rift side, we were able to reuse many parts of our Touch controller hand tracking code from Project 1. On the Leap Motion side, we have successfully integrated the Orion SDK. Integrating the Orion SDK was mostly uneventful and we were able to start tracking hand positions after this. Due to the difference between platforms, we applied different scaling factors to the raw sensor data in order to harmonize the coordinates. We then compiled rpclib for both the Oculus Rift application and the Leap Motion application. We spent a long time on this. We were first burned by run-time library types mismatch. After figuring that out, we went through many iterations of trial-and-error before we figure out the correct way to do two-way communication between the server and the client asynchronously so that it does not block rendering code. Along the way, we also l
Read more 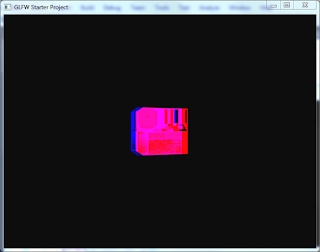 Hi, welcome to Project Pong blog! Our team consist of two people: Tian Yang, and Derun Gu. Project Pong will be a remade of the classic Pong game with some twists. One player controls their racket via Oculus Touch Controller while the other uses Leap Motion. Both players see a 3D interfaces - One in the form of Oculus HMD, the other in the form of Anaglyph 3D on PC screen. We are planning on implementing: Red/Blue Anaglyph 3D Leap Motion SDK integration Rift SDK integration Networking between the two applications Basic physics of the ping pong ball Texture rendering Collision detection and more for our project. Here are two screenshots showcasing our progress so far: On the Leap Motion side, we have red/blue anaglyph proof-of-concept working - On the Oculus Rift side, we have found and imported a ping pong table model, as well as making our own sphere class (not shown) -
Read more